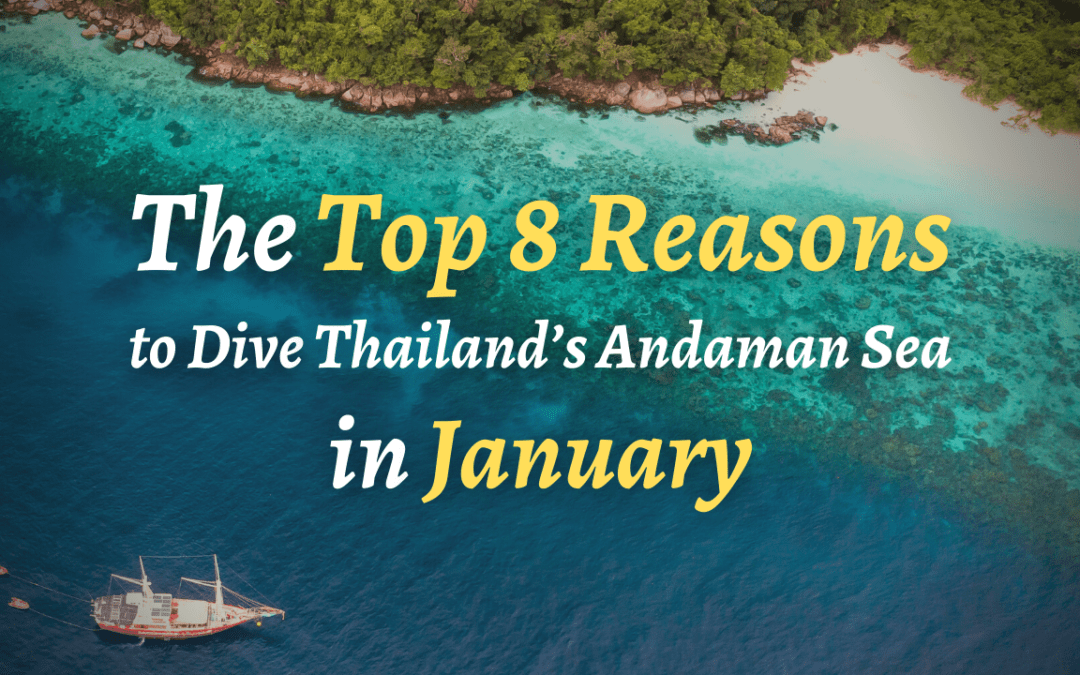 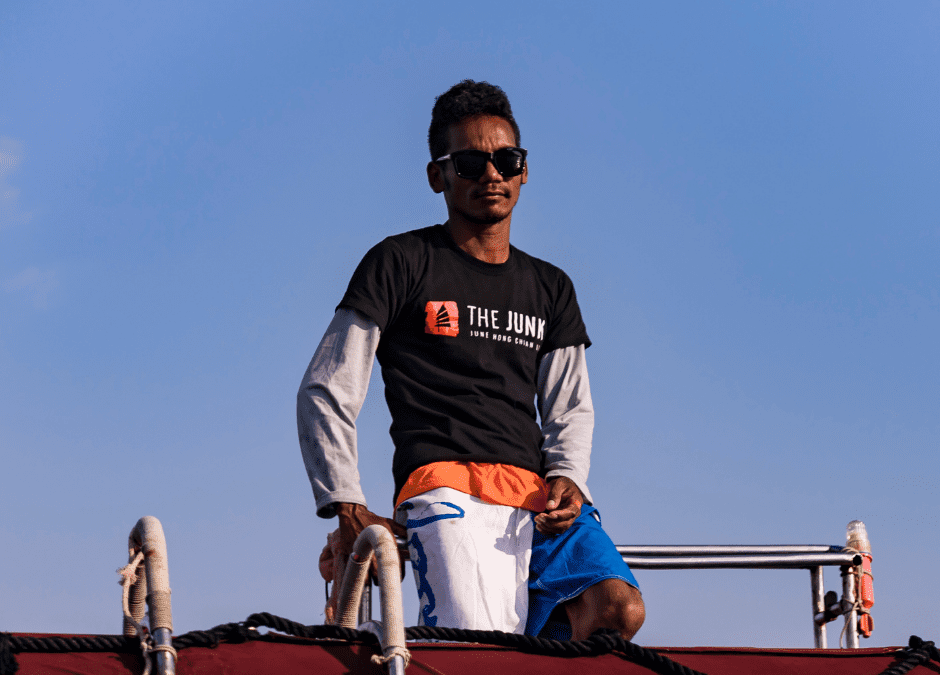 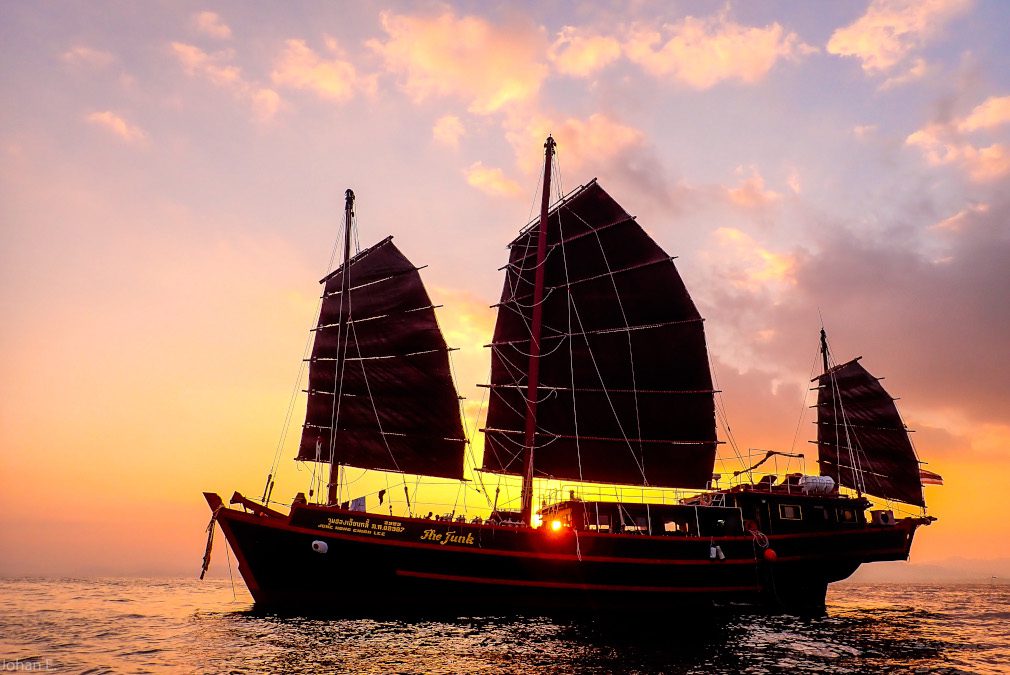 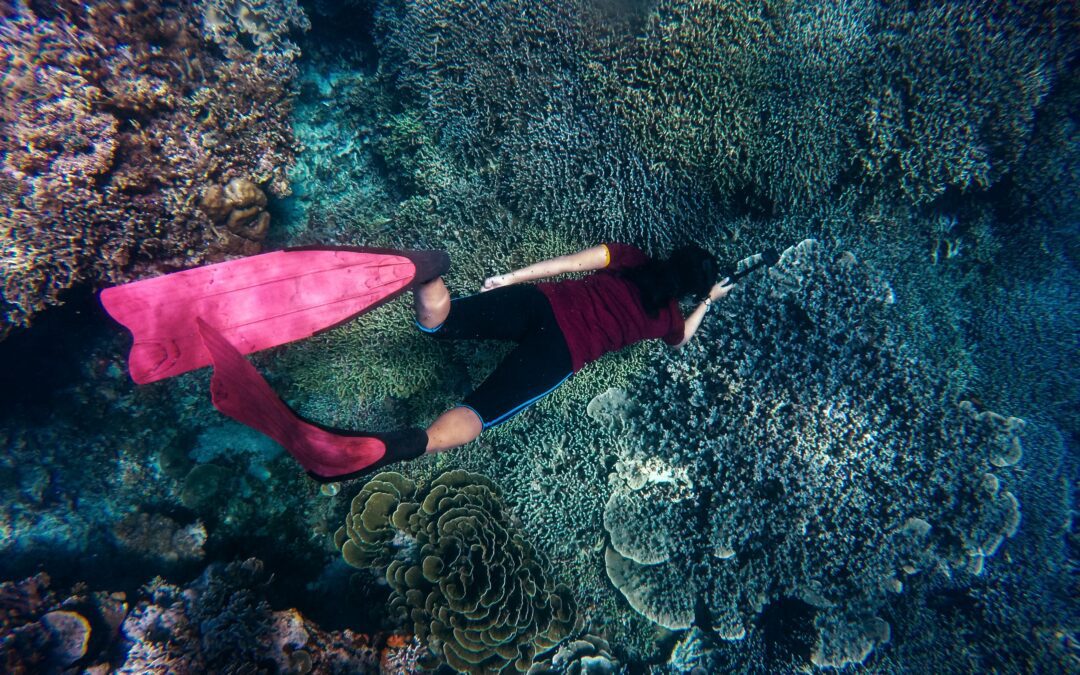 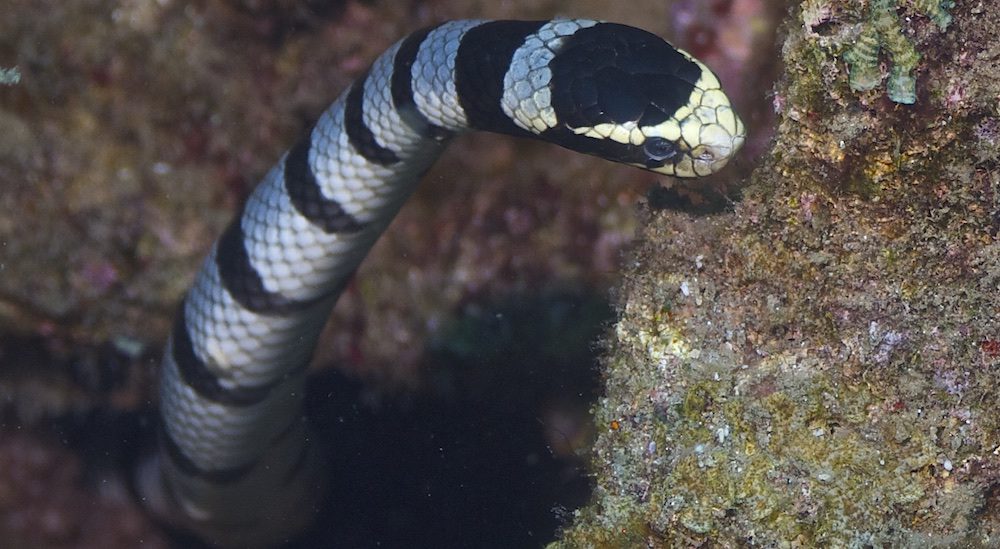 The Junk – In the Movies

Movie shoots on board Thailand’s most historic diving liveaboard.

Our latest, and also biggest job so far, was back in summer 2008.

After the makers of ‘Shanghai’ (released September 2009) were denied to shoot in Shanghai because of the subject of the movie (Shanghai 1941, drug lords and Japanese occupation) they shot in London and Bangkok instead.

We stripped and repainted the Junk in Phuket and sailed to Bangkok. That took us almost two weeks because we had to go all the way around Singapore! In Bangkok the Art department build a set on top of our deck and covering the wheelhouse to make her look really old and original. That took them almost three weeks.

We did one day with the main camera team and John Cusack on the Junk. And two weeks later two days of shooting with camera team two using stand inns and our own crew as extras.

It was a great experience to see how much work goes into a couple of minutes of movie time. On the day of the main shoot there were at least 150 people working. 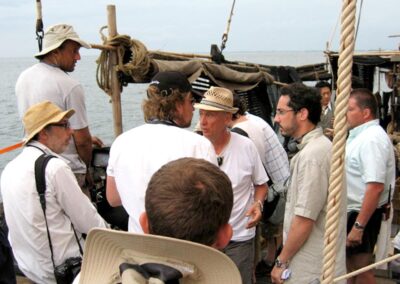 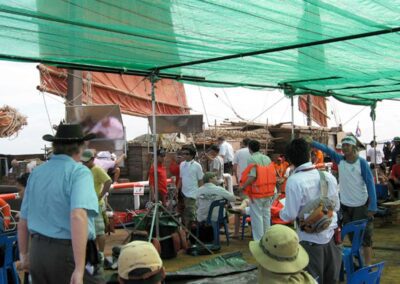 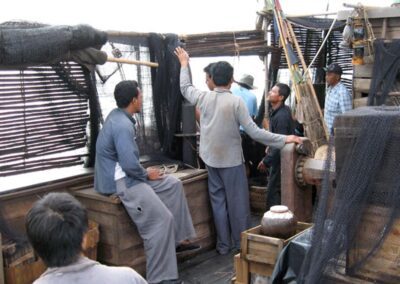 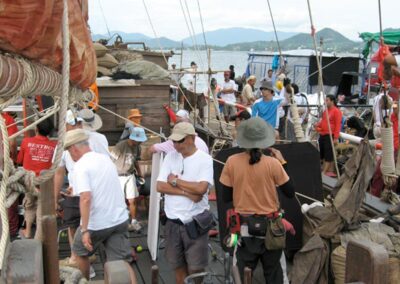 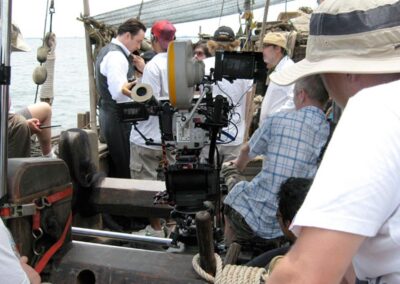 The Junk featured in movies as early as 1974 when she was still operational as a cargo vessel. 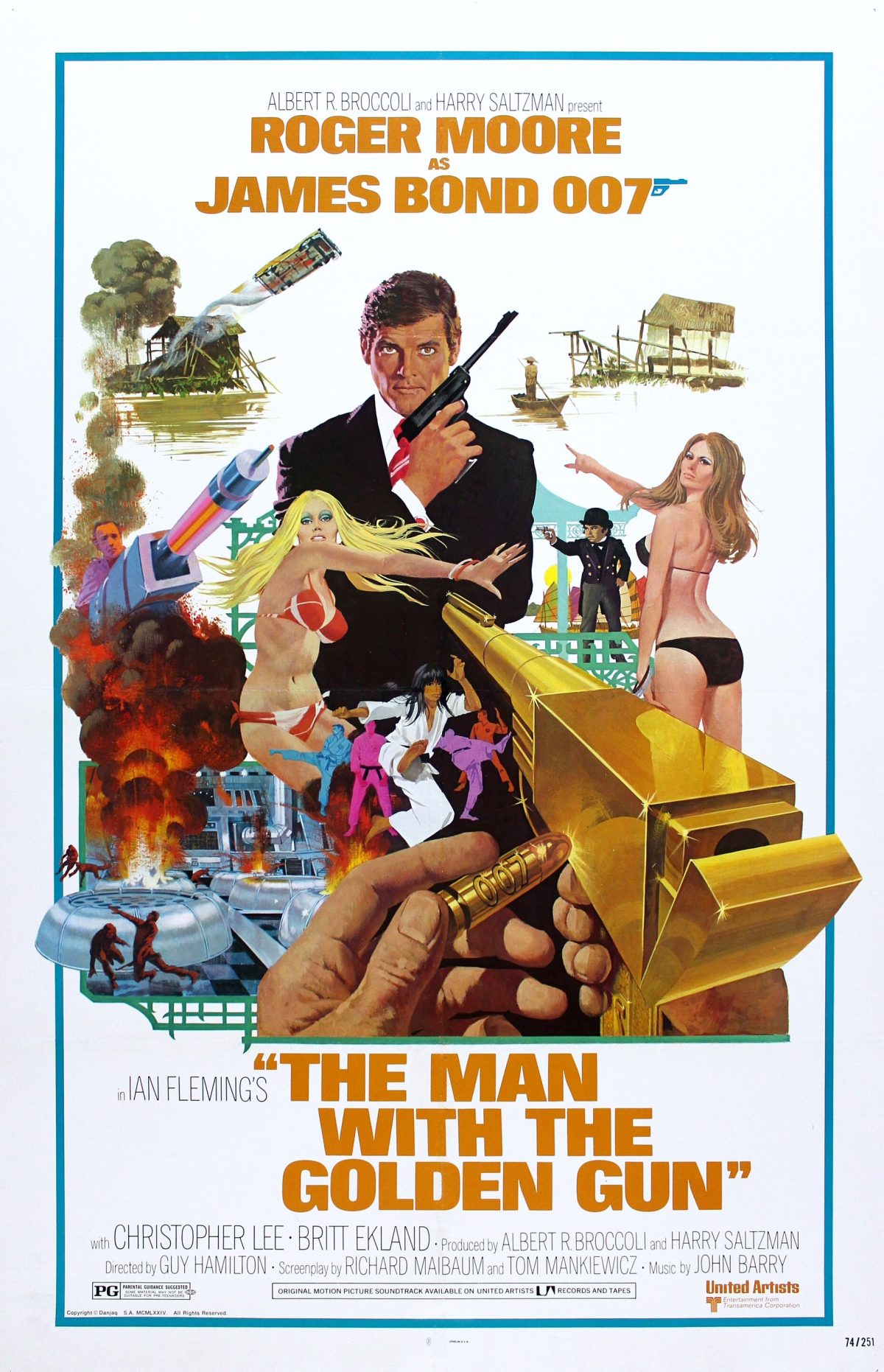 Everybody remembers the James Bond movie The Man with the Golden Gun. At the end James escapes with his Bond-girl on a Chinese Junk, the “June Hong Chian Lee”.

More recently (October 2000) she featured in the ZDF documentary Das Weisse Gold. The director used the Junk to show what life must have been like, hundreds of years ago when Junks were the main mode of transportation in South East Asia. 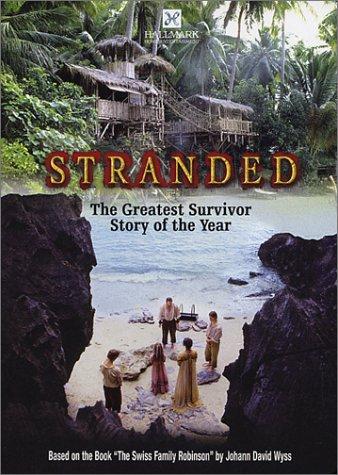 In 2001 she is in a Hallmark production, Stranded a remake of the famous movie “Swiss Family Robinson” by Walt Disney. The Junk features as the “Albatross”, the ship used by the pirates. The shooting was finished before August 2001. And the movie was released at the end of 2001 (2 x 2 hours TV release)..

To all you movie makers out there, if you need a truly unique vessel to feature in your movie feel free to contact us.

Possibility to show up anywhere in South East Asia, especially between May and October.